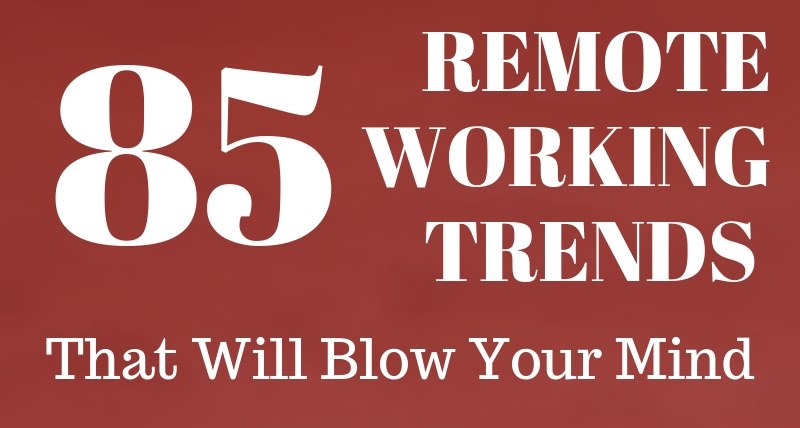 Going to the office is fast becoming a thing of the past for a large percentage of the world’s population. Interestingly, the available data indicates working remotely, or outside the office, is becoming the norm in many professions.

A combination of new technology; changing attitudes about work, and labor shortages in some fields is making remote work easier than ever before. Both employers and employees are embracing remote work because of its benefits.

Lower costs, increased efficiency, higher productivity, greater employee satisfaction, higher morale, and reduced stress are just a few of the benefits from remote work. Given those benefits, employers of all shapes and sizes are embracing remote work.

These statistics provide an interesting glimpse of the future of work and business everybody needs to consider. In fact, we can make a few generalizations about the workplace of the future with the data presented.

First, the workplace of the future is not likely to be an office or physical building. Instead, many more people will work remotely; or digitally, and never see their coworkers or employers.

Second, under those circumstances, more and more organizations will forgo the expense of building brick and mortar offices and have everybody working remotely. Third, some employers will require remote work because it is cheaper and more productive.

21 Experts Reveal How The Benefits of Audiobooks Changed Their Lives

How to Become a Solopreneur – 11 Great Steps

20 Best Books for Starting a Business Successfully in 2020

We do not use cross-site tracking cookies or advertising networks, just the basic analytics and session data.
Privacy Overview